June 19, 2018
Advocacy | Public AffairsAGC MA NewsGeneral Industry News
In a case closely watched by the construction industry, the Massachusetts Supreme Judicial Court (“SJC”) has overturned a Superior Court’s decision barring any recovery by the general contractor G4S (the “General”) against the project Owner because the General had intentionally and falsely certified that subcontractors had been timely paid when they had not.  Although the decision overturns case law going back over 100 years that strictly limited the circumstances under which a contractor can recover for construction work, it also confirms the requirement of strict compliance with the plans and specifications in order to recover.

Relying on an older line of construction-specific cases, the lower court had ruled that the General could not recover any of its approximately $14MM claim, including a $4MM contract balance, on its breach of contract claim because its false certifications were intentional breaches of the contract.  The court issued this ruling even though the false certifications and delayed payments did not result in subcontractor claims or other damages to the Owner.  The lower court also ruled that the General could not recover under the alternate, equitable theory of quantum meruit because falsely certifying the payments was inconsistent with a finding of good faith required for quantum merit recovery.  The General appealed, arguing that the trial court’s decision resulted in a windfall for the Owner.  The General urged the SJC to adopt the more modern “materiality” rule in determining whether a claimant’s contract breach should bar all recovery.  The AGC joined other industry groups in filing an amicus brief also urging the Court to adopt the more modern “materiality” standard.

In reviewing the lower court’s ruling, the SJC first reinforced the line of cases requiring complete and strict performance of all the terms of a construction contract.  However, it narrowed that rule by holding that it only applies to “breaches of the actual design and construction of the project.”  By way of example, the instant case involved laying fiber optic cable and the Court cited specific contract provisions and specifications relating to the more technical requirements of that project.  The Court held that strict compliance in construction contracts is especially important because of the need for safety and the difficulty in identifying and fixing construction defects.  The Court cited to past decisions where work that did not conform to design specifications was not tolerated.

But the SJC did not leave the General without a possible remedy.  The Court overruled the part of the lower court’s decision that also barred the General’s alternate, equitable theory of quantum meruit which, in the absence of an enforceable contract, allows recovery for the fair and reasonable value of work performed when there is a showing of: (1) substantial performance, and (2) good faith.  It was not disputed that the Contractor’s work, which was completed according to the design, met the first requirement of substantial performance.  However, the SJC specifically overruled the older line of cases relied on by the lower court that held that an intentional breach (here, the false certifications) is automatically inconsistent with good faith and therefore bars all recovery.  In so ruling, the SJC acknowledged that the “simplicity and severity” of this older approach had been criticized in leading treatises on contract law.  Rather, the Court opted not to continue a “rigid” rule of “absolutes”, but instead said the law must consider the contract performance as a whole and balance the equities in determining whether a claimant can recover under a theory of quantum meruit.  In this situation, this inquiry would include the parties’ actions, the specific breaches, the value of the work performed on the project, whether a windfall would result to one party and a causal connection between the breaches and any alleged damages to the Owner.  Here, the Court ruled further facts would be required to make this determination and remanded the case back to the lower court for further proceedings leaving the General with the possibility of still recovering for the Project.

While the Court’s ruling specifically overrules the bright-line, and sometimes harsh rule that an intentional breach of the contract bars all recovery, it also reaffirms the importance of complete and strict compliance with plans and specifications.  Anything less than strict compliance with the plans and specifications will bar recovery under contract leaving only the possibility, but uncertainty, of an equitable remedy.  A further lesson from the facts of this case is that certifications, especially those involved in the pay application process, must be accurate or your ability to recover either in contract or equity may be severely compromised or possibly eliminated. 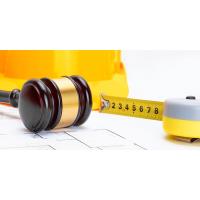