Millionaire’s Tax Likely to Be on Ballot for 2022

After a technical oversight by progressive activists derailed the original ballot question on the millionaire’s tax, business groups face long odds in defeating this question the second time around.

In 2018, the ballot question appeared to be headed to voters until the MA Supreme Judicial Court sided with business groups who said the question was unconstitutional.  Under the rules for Ballot Initiatives, the questions must have subjects that are related or mutually dependent. The original question levied a new tax on millionaires and directed that the revenue be spent on transportation and education.  The SJC agreed with business groups and ruled that these were two different questions and therefore the initiative could not proceed.

Now the question is proceeding through the legislature as the Fair Share Amendment where if it is approved twice it will appear on the ballot in 2022. The measure would increase the tax on personal income over $1 million from 5% to 9%. It is likely to bring in an additional $2 billion in revenues for the Commonwealth. The legislative debate comes at a time when Massachusetts is awash in cash from revenue double what was anticipated in the fiscal year and with $5.3 billion in Federal aid for COVID still sitting unused. 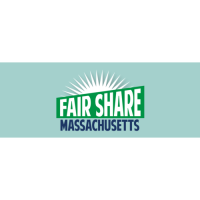