The special commission created to investigate the funding and the benefits paid through the Unemployment Insurance Trust Fund plans to finalize their deliberations in January and hope to submit recommendations to the Legislature regarding the steps that should be taken to maintain the long-term solvency of the UI Trust Fund. The commission is comprised of members of business and labor organizations which may make it difficult to achieve a majority consensus report. They have agreed on the goal of establishing a trust fund balance recommended by the federal government which represents 1% of all wages paid in order keep the fund solvent. The remaining issues to consider include the level of the taxable wage base, the percentage tax rate and the worker eligibility periods and benefit rates.

The UI Trust Fund currently has an estimated balance of $2.9 billion of which the state currently owes the federal government $2.3 billion as payment for the loans received to pay for the enhanced pandemic unemployment benefits. The administration plans to issue bonds in early 2022 in order to repay the loans and to fund projected fund deficits. The Legislature has authorized the Governor to borrow up to $7 billion to help pay back the federal loans and to fund the trust fund. The administration hopes to reveal the new UI tax rates for 2022 by the end of December. 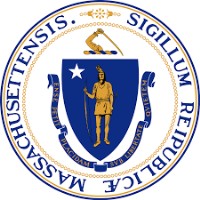