This is why the AGC MA has been working with the North Atlantic State Regional Council of Carpenters to forge a compromise to the wage theft language currently at the State House.

The original language makes general contractors liable for wage violations by subcontractors with a 3-year lookback period and no requirement for advanced notice to the general contractors. Under the compromise language forged with the Carpenters, AGC has gotten agreement on a number of items including:

This compromise if successful would be prescient in light of the fact that New York General Contractors are likely to now have the worst case scenario imposed upon them. 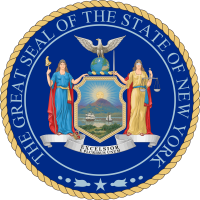