January 05, 2022
Advocacy | Public AffairsAGC MA NewsAGC At Work For You

Gov. Baker and the Legislature have committed to achieving net-zero emissions by 2050 with aggressive goals for utilizing renewable energy sources, eliminating greenhouse gas emissions, and banning the sale by 2035 of gasoline-fueled vehicles. Those plans were dealt a setback recently when the voters in Maine rejected a transmission project which would have brought renewable hydro-electric power from Canada through Maine and into Massachusetts.

It is estimated the transmission project would have supplied about 17 percent of the state’s electricity demand which would have significantly increased the renewable energy usage and reduced our reliance on fossil fuels.  The action by Maine voters will likely cause Massachusetts to reconsider how they will meet their aggressive emission reduction goals.

A lack of critical mass of support from the New England and other northeast states has caused Gov. Baker to end his support for the Transportation Climate Initiative (TCI). The program would have created a regional commitment to capping vehicle emissions and allowing fuel suppliers to purchase allowances for carbon dioxide those products would have emitted. The main argument opponents used against the TCI was that it would have substantially increased fuel costs for businesses and consumers, including a 5-17 cents per gallon hike in gasoline prices. The carbon emission reductions that were forecast from the state’s participation in the TCI were a major component of the state’s carbon reduction strategy.

As one of the largest sources of emissions, it is now possible that the residential and commercial construction industries could face further energy savings requirements to make up for the loss of renewal energy from Canada and the termination of the TCI program. We will continue to engage with the state agencies to ensure that an inequitable burden is not placed on the development of new building projects. 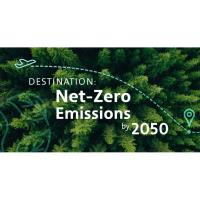